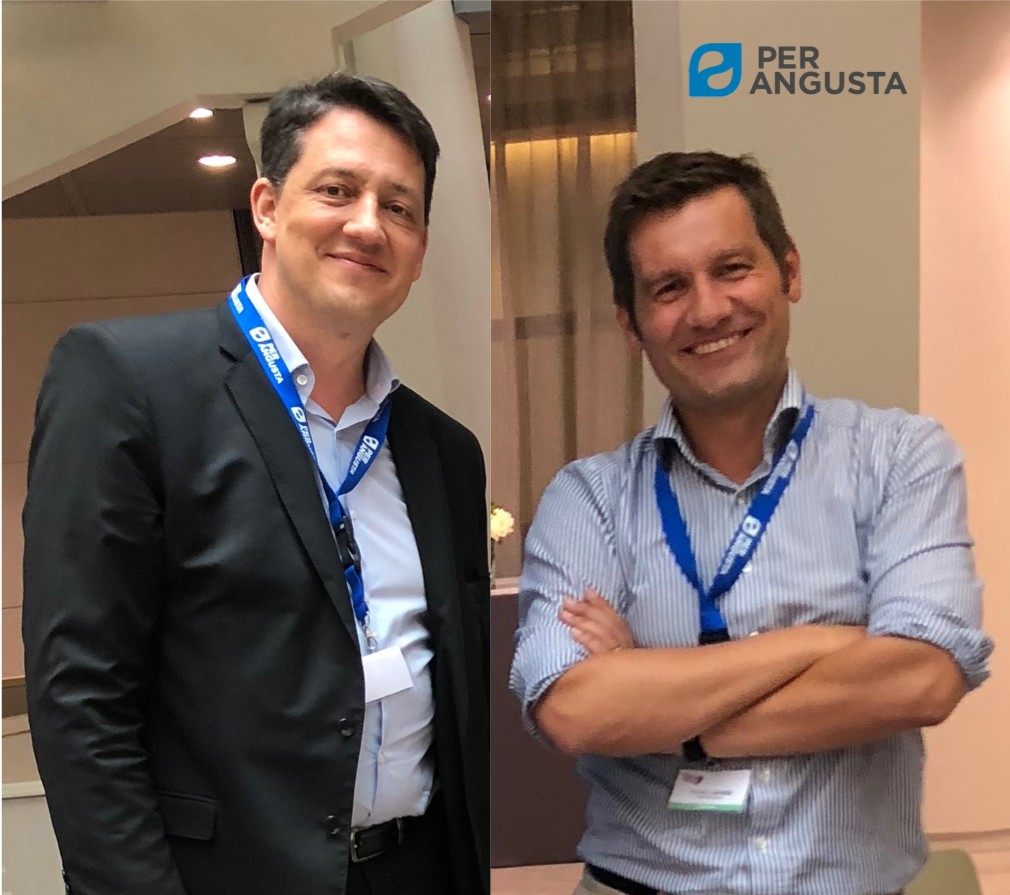 Hardly a few weeks ago, Per Angusta announced the appointment of Maurice Hamoir as Associate Director in charge of Business Development. Let’s take a look back on the arrival within our team of this key player of the procurement market, coming straight from BravoSolution – Jaggaer Group.

Maurice, could you tell me why you have decided to join Per Angusta’s adventure?

Maurice Hamoir : It’s been a while since I have been following Pierre Laprée and Per Angusta’s progress. You guys have been able to go through the most difficult stages of the launch and recognition of a new solution within the Procurement Information Systems market – where all the positions seemed to be already acquired, at least for most of the observers.

The achievements made by the Per Angusta‘s team are indeed amazing. On my side, I have been involved in various initiatives in the world of procurement, and I know that there is still a long way to go to make Per Angusta a key player in Procurement Performance Management. So, when Pierre asked me to join him, I was delighted to embark on this new and energizing challenge, very similar to the one I already experienced at BuyForMetals or KeyMRO.

Pierre, how did you meet with Maurice and why have you decided to entrust him with the Business Development of Per Angusta?

Pierre Laprée : I met Maurice a few years ago, as he was on a consultancy assignment. I have been struck by Maurice’s procurement and consulting expertise, as well as his extensive knowledge of the software market. I really appreciate Maurice’s leadership, his customer focus and ability to build a relationship of trust with them. Maurice is sharing common values with Per Angusta: exemplarity, commitment and ambition to make the Purchasing Function a key player in the performance of the Organisation. This common DNA, coupled with his strong knowledge of the market and procurement stakes, logically led me to ask Maurice to join us, with a view to accelerate the business development internationally. Last but not least, Maurice is recognized for his ability to grow businesses that are at a strategic cornerstone of their development. This is exactly where we stand today with Per Angusta.

Maurice, according to your experience, what makes Per Angusta different from the other Procurement editors?

Maurice Hamoir : I sincerely believe that Per Angusta is one of the spearheads of a new procurement tools generation, thought By, and For the buyers. All the technological barriers have now been removed, and these solutions are built as simple web applications, starting from a very operational idea and with a continuous development approach. In addition to its flexibility, Per Angusta aims to answer to the fundamental question for Procurement: how to make its value recognized within the company?

As a real Procurement Performance Accelerator, our solution aims at promoting the procurement teams inside and outside of their organization. In fact, experts and analysts such as Spend Matters, who ranked Per Angusta for the second time in their “50 to watch” list, mention the special place that the platform is occupying in today’s vendors landscape. They indeed consider that Per Angusta is providing a new answer on the market, in terms of team and project management, as well as purchasing performance measurement.

Maurice, should you have to select one, what would be your main objective for the coming months?

Maurice Hamoir : I am joining a young team, full of ideas, and I hope that I can bring some know-how and a bit of experience. Per Angusta is combining multiple assets, that we have to make flourish with both energy and confidence. It is now a matter of strengthening the different initiatives already launched, in order to reach a wider audience. We should, among others, keep structuring Per Angusta’s network of partners: consulting firms, software editors and also content providers. My main goal is that Per Angusta will soon be recognized as a Procurement Performance Accelerator, both by the procurement organizations and by the whole ecosystem in general.

Pierre, what is Per Angusta’s current context and how do you envision its development in the coming 3 years?

Pierre Laprée : Today Per Angusta is combining some 45 clients. Half of our customer base is located abroad and 60% of our turnover is made overseas. Our users are spread across 83 countries, and they belong to various industries such as retail, FMCGs, transportation or services. 1-to-1000, this is more or less the ratio of our customers’ revenues: from 90 million to 85 billion euros turnover. It is also the ratio of the number of buyers from our smallest customer which counts one single buyer up to the largest that drives a global team of 900 buyers.

One of Per Angusta’s strengths lies in the ability of the platform to meet the needs of both small organizations, helping them to structure their function, as well as much larger companies with more mature and decentralized procurement functions. This variety of customers, sectors and maturity, is incredibly rich.

Last June, we organized our first Users Club, where 40% of our customers came to spend a day with us, discovering the new features of the solution, and working on procurement best practices and communication. The interaction and exchanges between participants were intense, and this certainly reinforced our vision: beyond the software platform, Per Angusta has the ambition to create a community of best practices around Procurement Performance Management.

If many Procurement organizations are busy digitizing some of their processes, they still do not have the appropriate tools to efficiently manage their teams and measure their performance. Per Angusta is bringing a different answer, thanks to the agility of its platform, combining its functional depth together with an easy integration into the existing IT landscape. Our customers are often surprised by the rapid deployment of the solution, as well as the immediate ROI.

These competitive advantages are very encouraging and stimulating for our future. In the coming three years, our ambition is to go even further, developing the solution to help purchasing departments accelerate their performance, so that they become a more mature and contributive function to corporate profitability.