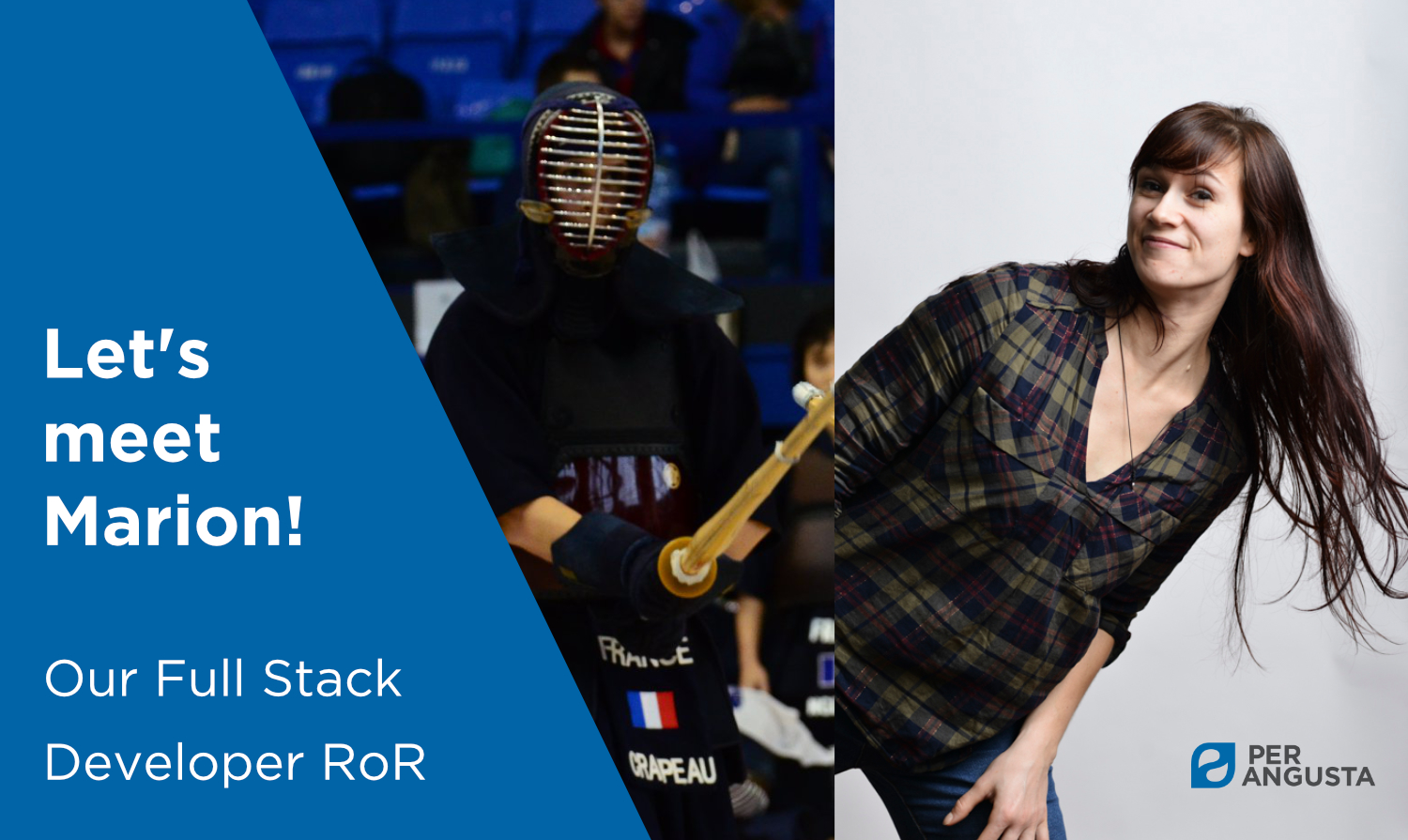 The goal of these articles is to introduce the members of our team.
Here is Marion Craipeau, Full Stack Developer Ruby on Rails, who joined Per Angusta almost 3 years ago!

If you were a dish?
Chicken with green curry and Thai basil, with his sticky rice. A sweet, slightly spicy, and colourful dish! 🍲 🍃

A destination?
Kyoto! As the former emblematic capital of Japan, it is a mix between tradition and modernity. I love its zen atmosphere! It’s also the city of Matcha (Yummy yummy!) ⛩ 🍵

A famous character?
Mei, in “My Neighbour Totoro” from Miyazaki. She’s lucky enough to be able to sleep on the belly of a big, soft and fluffy animal in the middle of a forest!

What’s your last impulse purchase?
Because of health restrictions, we have to adapt our sports practice. For my kendo practice, I bought a hitting dummy to stay in shape.

After a professional master’s degree in Japanese Language and Culture, I wasn’t eager to work and live in Japan. I then decided to jump into another career: computer science which combines creativity and logic. So I passed a technical University degree in computer science, and worked as a Back-end Ruby on Rails developer for a year, at Studio-HB, a web agency in Lyon.

I’m a Full-Stack Ruby on Rails developer. I have different tasks including maintaining the existing code and developing new features on our two applications (Per Angusta and eMyse). I also take part in the implementation of integration with our partners (software editors and data providers). As I appreciate working on a robust code, writing automated tests is also part of my daily life!

The development of the eMyse project carried out in partnership with the consulting firm By-O Group. We’ve been really involved with my colleagues from the Tech team: Thomas, Gabriel and Jean-Michel. This is just the beginning of a great adventure that I think is very promising.

As part of my research for a work-study program, I met Pierre Laprée, the founder, but unfortunately the company was not yet fully staffed to recruit work-study applicants (which is no longer the case today 😉). After my degree, I wanted to discover a different framework than the Web agency. So I came back to Per Angusta and met the whole team, and was amazed by the fast development of the team. We discussed about Per Angusta’s ambitious project, and the feeling was immediately there!

Come on, you can tell us … 😉 what’s your hidden talent?

I can do handstand walk (record achieved: 6 meters) 💪

Find out more or adjust your settings.