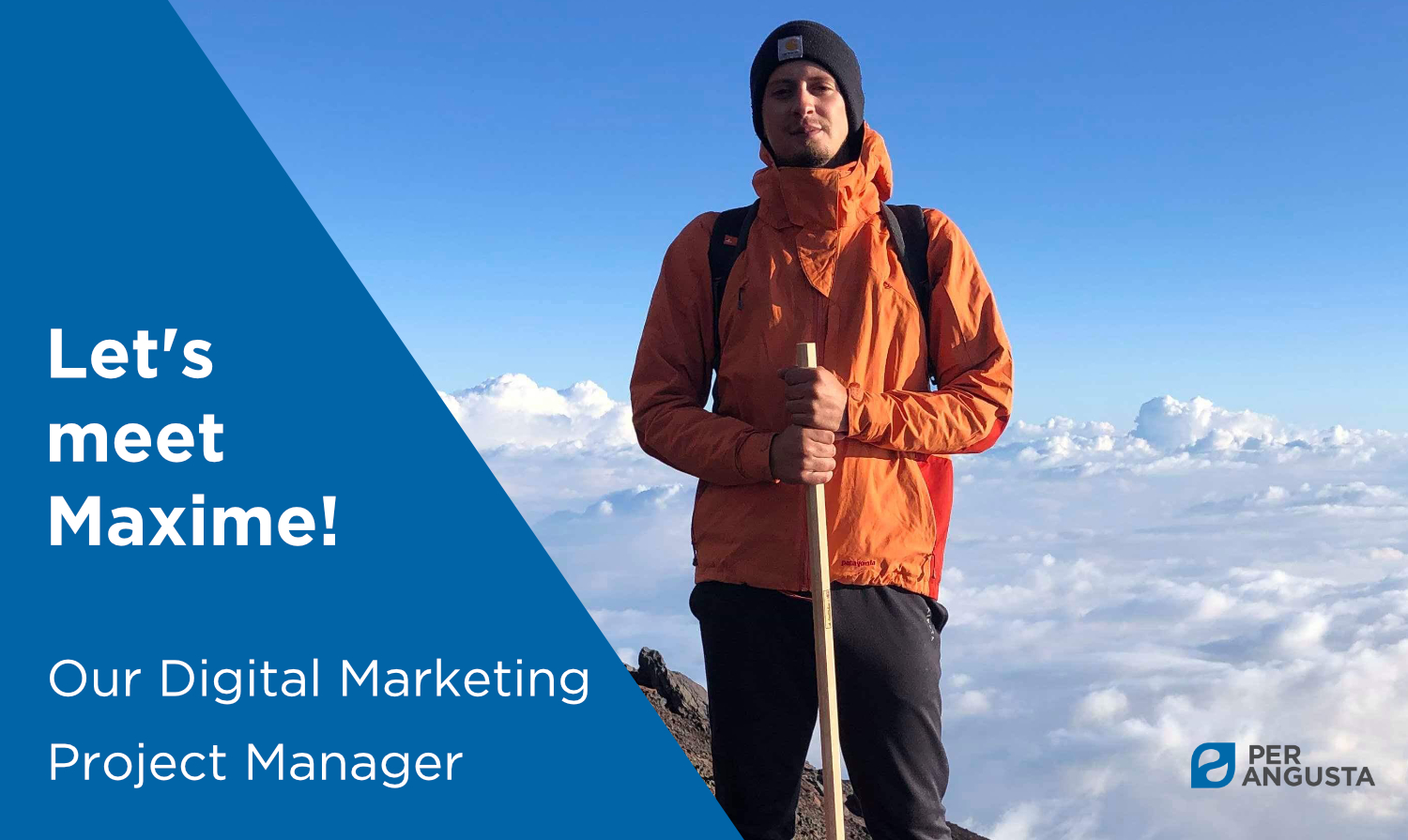 The goal of these articles is to introduce the members of our team.
We start today with Maxime Caputo, Digital Marketing Project Manager, who joined Per Angusta 5 months ago.

If you were a dish?
Well, all kind of pasta 🍜

A famous character?
Definitely Robb Stark, for his values of honor and justice (even if he dies betrayed). And a manga character, Livaï Ackerman, because he’s such a badass.

A tool? 🛠
a Swiss army knife

What’s your last impactful or impulse purchase?
I recently bought an electric scooter 🛴 I’ve been craving it for a while, and I just snapped.

I joined Per Angusta a few months ago now, in the Marketing team. Before that, I studied communication, then I graduated from ESC Clermont with a Master’s in Management (in the Digital Design Management specialization). At the same time, I was working in a printing company as a Digital Marketing and Communication Executive.

What is your current role within the Marketing Team?

I joined Per Angusta as Digital Marketing Project Manager. So I have several tasks: optimize the visibility of the company through different channel and generate leads. I am in charge of web marketing levers such as SEO, SEA, SMO, content marketing and campaign management. A huge part of the work consists in creating content, making it visible, testing strategies and adjusting them according to the results. I also have an analysis and a monitoring part related to the performance of our campaigns and website.

The marketing myth that needs to be banned is that there is ONLY ONE right way to do things. On the opposite, I think there are plenty of strategies to adopt and test. The most important thing is that you have to be agile in the way you work in order to adapt to the environment, in constant change.

In fact, the whole project on the Digital Marketing is really enthusiastic. I’m really proud and happy to bring my skills to develop this project. It’s exciting to see that we are developing new ideas every day. I also really appreciated the opportunity to take part in the organization of a Users Club, as soon as I joined the company. This allowed me to be in direct contact with our customers, and I was able to learn in the best way possible.

I wanted to join Per Angusta for different reasons. Firstly, I immediately saw that the missions were fully in line with my professional project. Secondly, I really felt a team spirit, a willingness to help each other and a caring attitude that really appealed to me. Finally, I also liked the agile side of Per Angusta and its willingness to strongly develop the international side.

Come on, you can tell us … 😉 what’s your hidden talent or something you’re particularly proud of?

To have climbed Mount Fuji. It was an incredible experience, both physically and mentally very hard. But when you get to the top, the show is really unforgettable, and you have this feeling that you’ve accomplished something amazing.