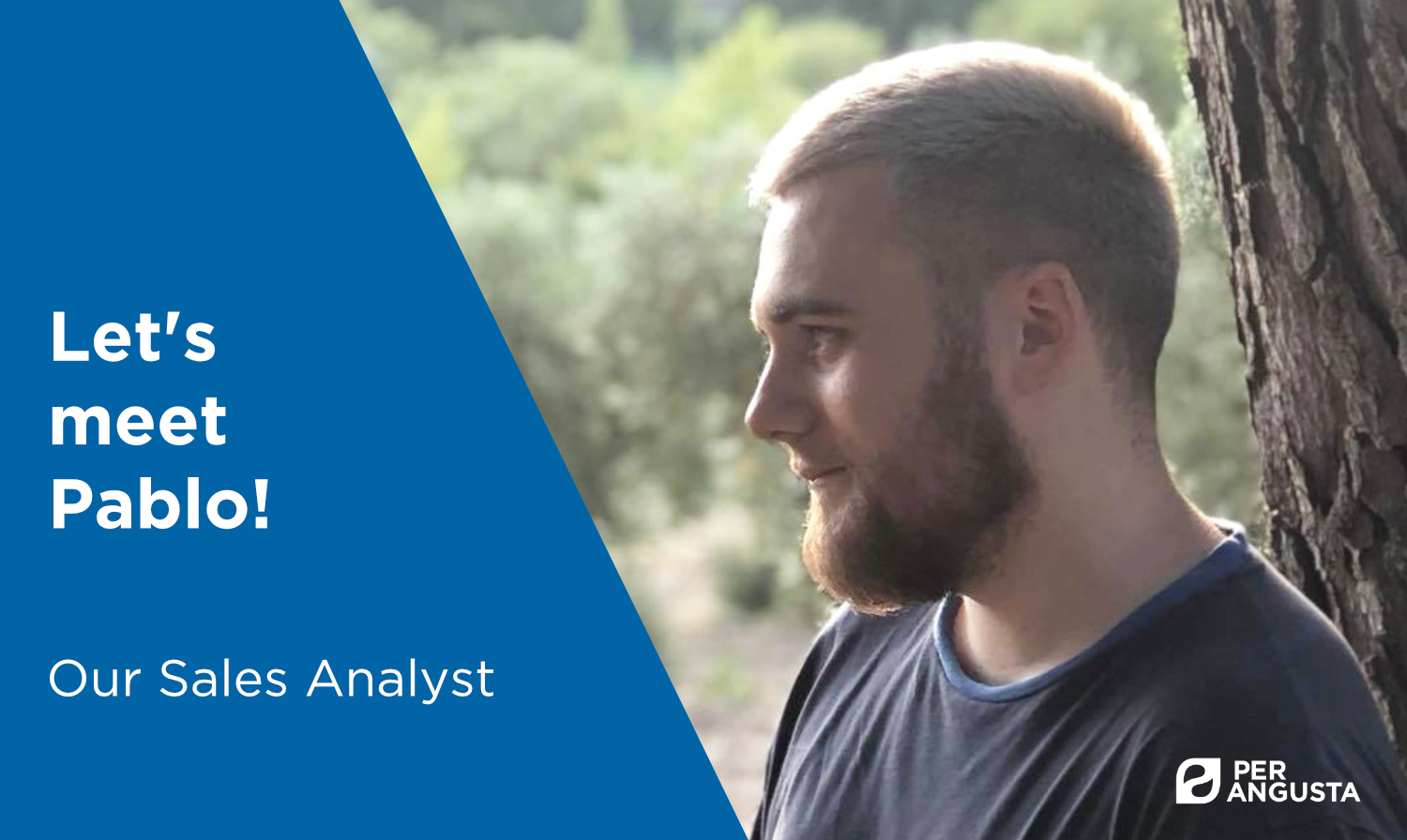 The goal of these articles is to introduce the members of our team.
Here is Pablo Fosco, Sales Analyst at Per Angusta!

If you were a dish?
Something rich and comforting, like a bowl of Udon ramen with extra egg. 🍜

A destination?
Granada, in Spain. First of all because the fruit is excellent (it’s a pun in French—sorry, not sorry), but above all for the Mudejar art in Andalusia, for the days that start at 6 PM under 30 ° C, for its souk, the amazing Alhambra gardens, the tablao, but mostly for the best lemon granita ever! This will just make you intolerant to the cups of sugar they serve you at fairgrounds. 🇪🇸

A famous character?
Gon in Hunter X Hunter, maybe because I’m a boy who grew up in the 2000s with the Shōnen spirit. But also because Gon, besides being badass at will, is a really nice guy.

A tool? 🛠
Without any hesitation, a rocking mold, because the name is funny and I am a jewel.

What’s your last impulse purchase?
A Focusrite Scarlett Solo G3 sound card. Actually it was a gift, but that’s my answer anyway.

I was completing my degree in management and strategy at the MOMA institute in Montpellier. I had the opportunity to participate in several internships, particularly in consulting and strategic auditing. I was also president of an association which aimed at organizing student-dedicated sports events. We did this in collaboration with the Handibasket Montpellier team and, as a basketball fan, I can tell you that they are stunning to see.

What is your current role within the Sales Team?

I support the Sales team. I participate in the centralization and capitalization of information for the Sales and Marketing teams. In particular, I make sure that non-French speaking newcomers have access to translated documents and that the sales staff have up-to-date documentation. Despite my new experience, I appreciate being able to give my opinion on these supports and contribute to their evolution. I will also be more involved in sales development, and conduct product demonstrations to promote and sell the Solution.

It’s pretty cool when you’re a newcomer and in a first professional experience because you are satisfied with a little of anything and everything. Recently, I would say that I am quite proud of my PowerPoint presentations. More seriously though, I enjoyed participating in the development of our guides/demo scripts for future sales team members.

I have a friend who did his internship with Per Angusta as a developer. Prior to that experience, he was a cook, and a paramedic among other things. Despite his participation in many different fields, he couldn’t help but brag about Per Angusta. He’s had his fair share of bad experiences and when he tells me it’s a healthy place to work with talented people, I know I can believe it. About six months later, I was looking for a work-study program in international trade. I was originally hired by an almond producer and, the week before I took the job, I saw the fundraising of Per Angusta and their desire to expand internationally, and realized it was now or never. I took my shot and it paid off!

I rap on a daily basis.